The most popular footballing league on the planet, the Premier League, is home to some of the best centre-backs the game has to offer. 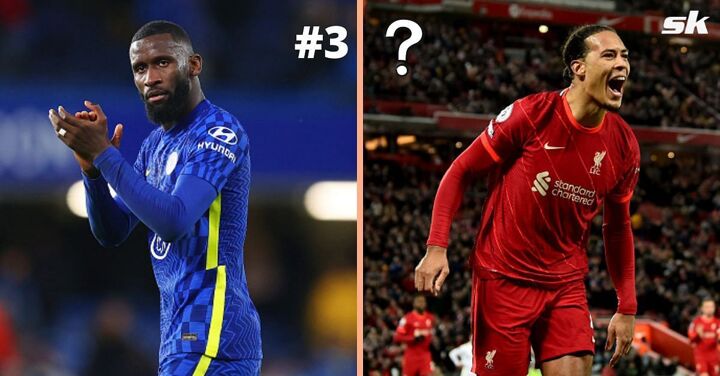 These defenders do the thankless job of putting themselves on the line every single week and performing defensive actions that don’t get the praise they deserve. They are required to remain focused from the first minute to the last, knowing that even the tiniest of slip-ups can invite limitless criticism.

Today, we will be taking a look at the centre-backs who have thrived in the high-risk, low-reward job in the English top-flight this season.

Here are the five central defenders who have been firing on all cylinders in the 2021-22 Premier League campaign:

Note: All stats courtesy of FBref.com. 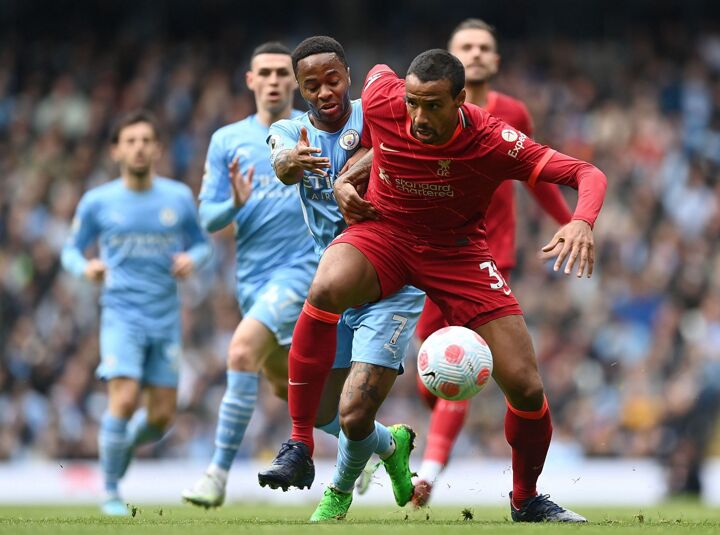 Joel Matip has been Virgil van Dijk’s dependable deputy at the back for Liverpool this season. The 29-year-old may not be as imposing as his defensive partner, but he rarely gets bullied by his opponents. The Cameroonian is a confident, composed defender who simply prioritizes function over form.

Jurgen Klopp has started Matip in 25 Premier League games this season, and the centre-back has repaid his coach’s faith with convincing performances. Matip has scored once and provided two assists so far, showing his knack for proving himself use in the opposition box as well.

He has also used his long legs to surge upfront, often acting as an auxiliary forward. In 25 matches, Matip has completed 221 progressive carries, with 60 taking him into the final third.

On the defensive front, the Liverpool man has won 26 tackles, pressed 162 times, put in 34 blocks and performed 53 interceptions. 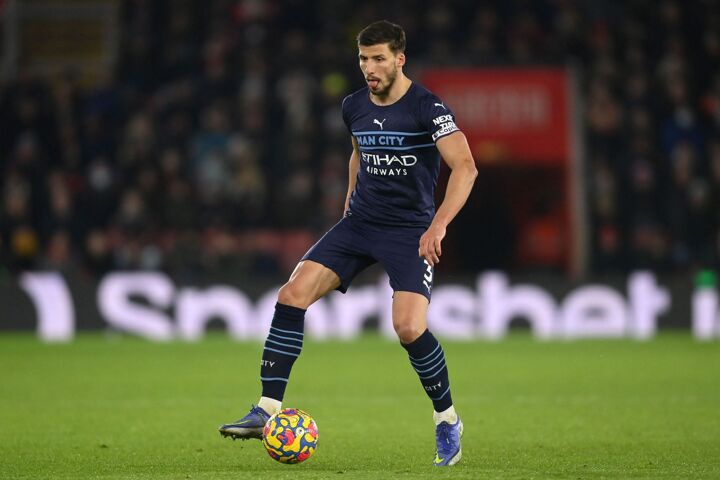 Manchester City are filled to the brim with top-drawer individuals, and centre-back Ruben Dias is one of the club’s most-prized assets.

The Portuguese defender oozes sophistication and technical expertise. He is an elegant distributor, is a natural at playing out from the back, and is a threat in the opposition box as well.

Goal involvements aside, the 2020-21 “Premier League Player of the Year” has completed 1845 passes with 93.4 percent accuracy, the most in the division.

He has also won 25 tackles, made 25 blocks, and registered 32 interceptions. 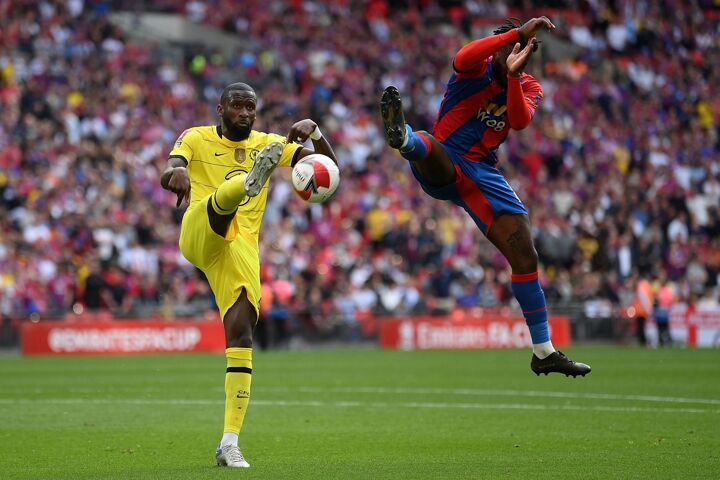 Antonio Rudiger is, without a doubt, one of the most entertaining and animated personalities in football at present. He is a brilliant, sure-footed centre-back who is never afraid to put in a challenge and carries the ball into the attacking third with exceptional ease.

For any attack-minded team, having Rudiger at their disposal is nothing short of a privilege. Not only can the Germany international disrupt the flow of the opponents but he can also instigate a counter-attack within the blink of an eye.

The 29-year-old has played 28 Premier League games this season, registering three goals and two assists. He has won 23 tackles, applied pressure 242 times, and put in 36 blocks. Coming to dribbling, Rudiger has completed 1638 carries, entering the opposition third a whopping 54 times.

Rudiger’s current contract with Chelsea runs out in June and he is yet to agree an extension with the Blues. Thomas Tuchel and Co. would do well to keep Rudiger at Stamford Bridge, with the likes of Real Madrid, Barcelona, Bayern Munich, Juventus and Paris Saint-Germain interested in him (according to ESPN via Managing Madrid). 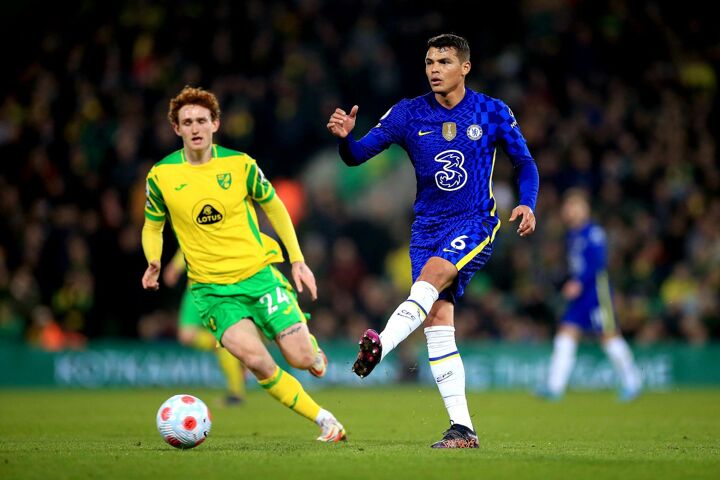 Following a successful spell with Paris Saint-Germain, Thiago Silva joined Premier League giants Chelsea as a free agent in the summer of 2020.

Since then, he has proven all his doubters wrong, proving that for him, age is nothing but a number. The 37-year-old won the Champions League in his debut season under Tuchel and has shown no signs of slowing down in the current campaign.

While his young-at-heart defensive partner Antonio Rudiger charges ahead, Silva primarily remains vigilant at the back. The Brazil international unhesitantly puts in tackles, blocks goalbound attempts, and even pops up with goals when needed.

If he carries on in a similar fashion, we won’t be surprised if the Blues keep him beyond 2023. 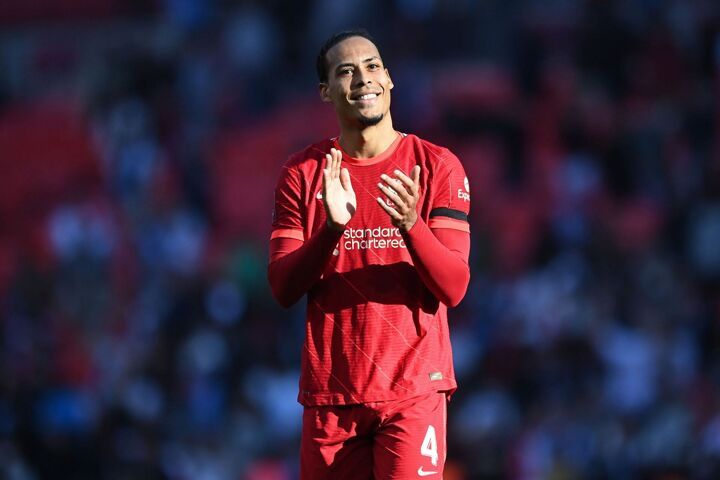 Liverpool No. 4 Virgil van Dijk is arguably the best centre-back in the world right now. Since his €84.65 million move from Southampton in January 2018, he has been one of the first names on Jurgen Klopp’s team sheet, and for good reason.

He is a towering presence at the back, is an expert at reading dangerous situations, and rarely panics even under severe pressure. With him at the heart of the defense, the Reds seem practically impenetrable.

Last season, the Dutchman endured an ACL injury against Southampton. The injury, often career-ending, ruled him out for the 2020-21 campaign. His absence coincided with Liverpool’s poor performances in the league, with the Reds finishing in third place.

The centre-back has returned to the fold this term with renewed hunger and Klopp’s side are definitely better off for it. Courtesy of his valiant work, Liverpool have already won the EFL Cup and are alive in the remaining three competitions.

The 30-year-old has featured in 42 games across all competitions this term, registering three goals and an assist.

Goals aside, Van Dijk has won 11 tackles, applied pressure 103 times, made 26 blocks, and registered 125 clearances in the Premier League 2021-22 campaign.

Liverpool need him to be at his best if they indeed bag an unprecedented quadruple at the end of the season.